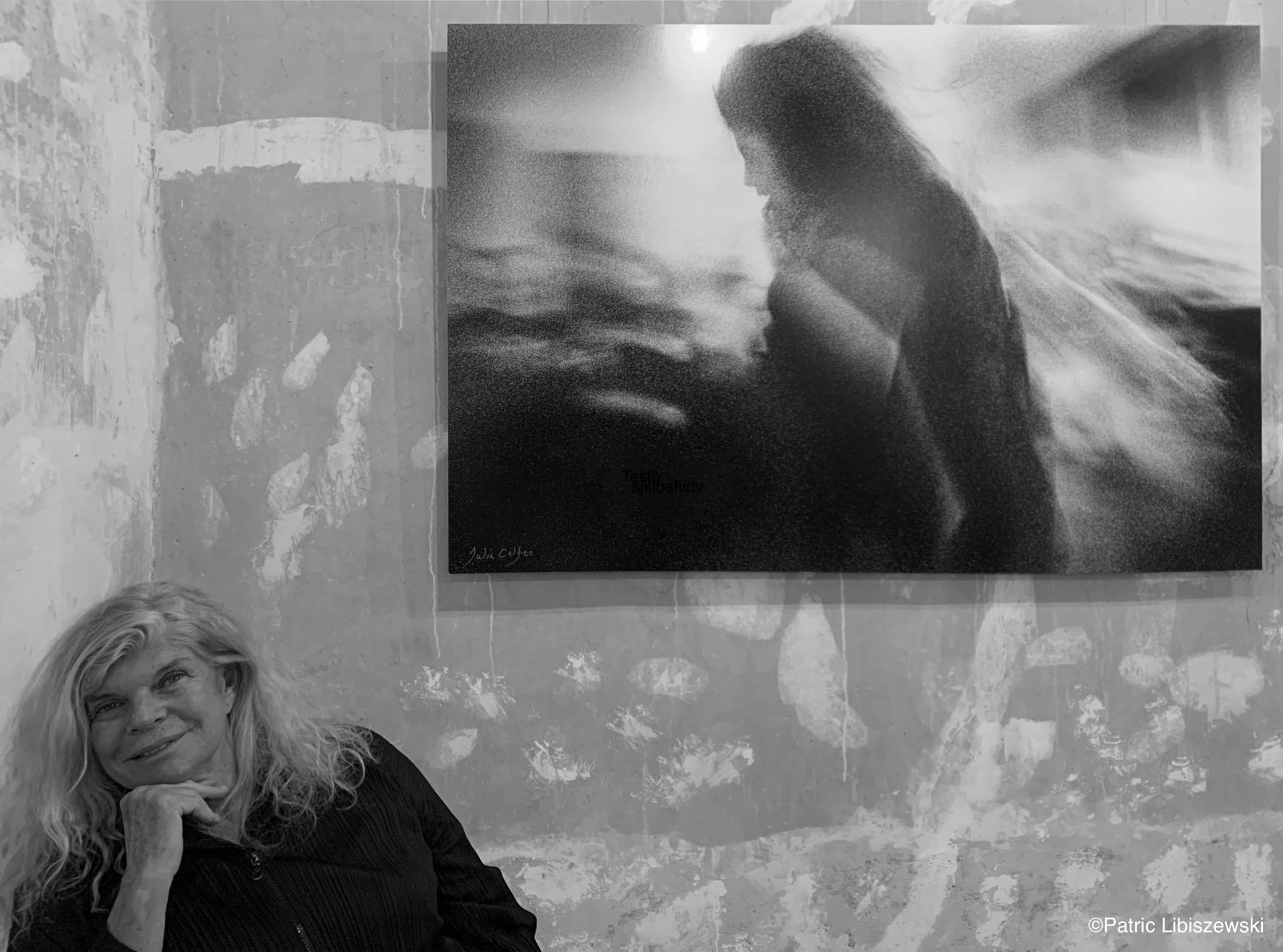 An artist whose media are photography, video, film, audio recordings, and writing, Calfee has spent most of her professional life living and working in Europe and Asia. She majored in art history at the Sorbonne, Paris. Her projects are always long-term, as she seeks to understand and portray what goes on beneath apparent realities. Her work has been shown in museums and galleries in France, Great Britain, Italy, Spain, the Czech Republic, Singapore, and the USA.

A Glacier’s Requiem, includes black and white analog abstract photographs of the glacier as well as recordings of the vanishing glacier songs, is presented with both a book and a 12” vinyl record and was published by Kehrer Verlag in 2016.

Her newest project, Messages, portrays a universe teeming with life that is invisible to ordinary sense perception through black and white photographs, written Messages, audio recordings and a film. Messages was published by Kehrer Verlag in 2019.

The Last Migration is a feature film presenting the last journey of a shaman and allows the viewer to immerse himself into a real-life experience at the borders of Mongolia/Siberia in harsh wintertimes. This is the ultimate message of Messages.